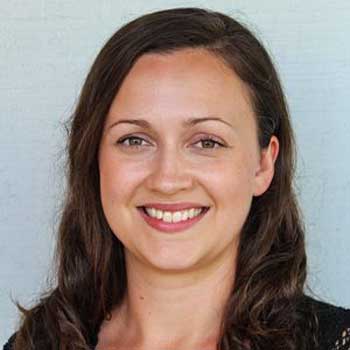 Ruthie Millgard is the Artistic Director of the San Diego Children’s Choir. Hailing from the Pacific Northwest, Ruthie received her BA in Music Education from Western Washington University and MM in Choral Conducting from the University of Oregon. Ruthie has also been a life-long chorister, performing at regional and national ACDA (American Choral Director’s Association) conventions as well as across Europe. Ruthie began her career as a music educator in the New York City public schools (teaching grades 6-12) before relocating to San Diego in 2014. In San Diego, Ruthie has been involved with the San Diego Unified School District as conductor of various district honors choirs, as well as choral festival clinician. Ruthie’s passion lies in connecting her young singers with the larger community, with the aim of creating passionate, active and caring future leaders. 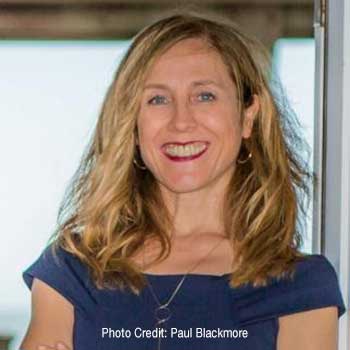 A native of Canada, pianist Stephanie Weaverreceived her Bachelor of Music and Master of Music degrees in piano performance and literature from the University of Western Ontario and her Doctor of Musical Arts, also in piano performance and literature, from Michigan State University. She has served on the faculties of Michigan State University, the University of Michigan, Grand Valley State University and Concordia University. From 2011 – 2019 she was the Executive Director of the Cape Conservatory, following the 2010 merger of the Cape Symphony and Conservatory. Prior to her tenure on Cape Cod, she was the Executive Director of the Ann Arbor School for the Performing Arts, one of more than 800 educational centers across the nation affiliated with the National Guild of Community Schools of the Arts. Dr. Weaver is currently the Executive Director of the La Jolla Symphony & Chorus, having recently relocated to San Diego CA. Weaver’s ongoing mission is to make the arts more accessible to music lovers of all ages and to make the performing arts a continual source of inspiration—inside the classroom and out in the community.

Nancy V. Gray retired in June 2015 after 35 years of teaching public school choral music with her most recent position at Poway High School in the Poway Unified School District. Choirs under her direction have performed in National venues including Carnegie Hall, Orchestra Hall in Chicago, Davies Symphony Hall, Segerstrom Center for the Arts and more. Some of her awards and recognitions include CMEA Fortissimo Award of Excellence in Choral Music 2011, CMEA State Choral Educator Award for 2002, National Board Certification 2003, music staff member for Grammy Signature Gold School Award 2001 & 2006.  Nancy received a Bachelor of Music Education and Master of Music in Choral Conducting and Literature from the University of Colorado, Boulder. In her retirement she is enjoying a part time assignment as a lecturer at San Diego State University supervising student teachers, adjudicating choral festivals and conducting the Poway Community Choir. 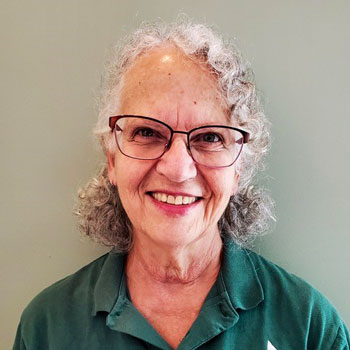 Sue Marberry has been singing in choirs since elementary school and is currently a member of the San Diego Master Chorale and both the Chalice Choir and Women’s Choir at the First Unitarian Universalist Church of San Diego. She grew up in a musical family in New York City, attended the High School of Music & Art and then minored in Music at Lehman College of the City University of New York. With a master’s degree in English from the University of Wisconsin, she taught in private high schools for eight years in London and Nashville before moving to San Diego, where she worked in accounting in insurance agencies for over 30 years. She was treasurer of the Junior Theatre Auxiliary while her daughters were involved there. Since retiring, Sue served several years as treasurer of the Choral Consortium from when it first incorporated and has also been serving for the past four years as treasurer of San Diego Pro Arte Voices. 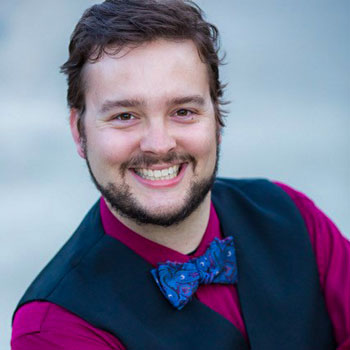 Aaron started his musical training at young age. Although he earned his Bachelors in music at University of California Santa Barbara on the cello, he has always been equal parts cellist and singer. Aaron returned to San Diego and worked in various positions for several prominent music organizations around town, including San Diego Symphony, San Diego Opera, and Mainly Mozart. His experience in these organizations has given him insight into multiple facets of a music non-profit. During this time, he was also active as a bass, participating in several professional groups around town. In 2017 he joined Villa Musica as the Director of Community Partnerships where he runs programs that serve youth and seniors all over San Diego County. 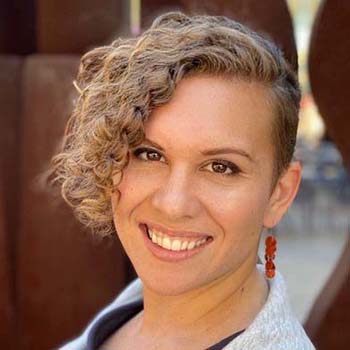 Elly Roseberry Bullard, mezzo-soprano, resides in San Diego with over a decade of teaching experience. Elly has an active professional singing career, having appeared as featured soloist with San Diego Symphony, and singing regularly with professional ensembles, including SACRA/PROFANA. She holds two degrees in Vocal Performance and her background is in opera, musical theatre, and choral. Her passion for music education has resulted in many years of teaching as a vocal coach and group leader of camps, classes, and education outreach. Elly is a sought-after voice faculty member for Villa Musica, and a highly recommended private instructor for voice and beginning piano. She resides as Alto Section Leader at Village Community Presbyterian Church in Rancho Santa Fe. 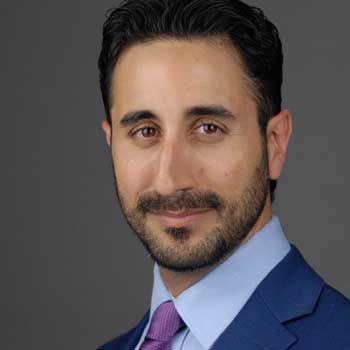 Arian Khaefi is Assistant Professor of Music and Director of Choral Studies at San Diego State University where he conducts the San Diego State Chamber Choir, Concert Choir, University Chorus, teaches choral literature, and directs the graduate program in choral conducting. Previously, Khaefi served as director of choral activities at Fullerton College and Towson University. He holds D.M.A and M.M degrees in conducting from the University of Michigan, Ann Arbor and the University of California, Los Angeles, respectively. Khaefi maintains an active schedule leading ensemble and conducting workshops for high schools, colleges, and universities across the country. While he has forged partnerships within each educational community he has served, Khaefi has been particularly passionate about accelerating the advancement of choral arts within secondary schools in partnerships with district teachers and administrators. Khaefi is nationally and internationally recognized for his accomplishments as a conducting pedagogue and guest conductor. In addition to regularly leading regional and all-state honor choirs, he has guest-conducted throughout Asia, Europe, and South America. Choruses under his direction have toured nationally and have performed in concert halls across the United States. 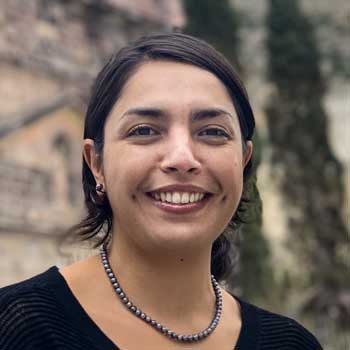 A native of Mexico, Ibis Laurel realized her undergrad studies in music in her home country, where she sang for the very first time in a choir. In 2013 she was awarded a Fulbright scholarship to pursue Grad studies in the USA. Upon taking her degree in conducting, she relocated to Tijuana holding a position at ‘Centro de Artes Musicales’ (CAM). Since 2016 Ibis has been active as a choral-orchestral teacher, leading community and academic choirs at bachelor’s level. In 2018 she founded ‘Camerata XXXI’, a vocal-instrumental ensemble whose mission is to research and revitalize the musical treasures of “Nueva España’s” Colonial Era.  Her dream is to create an awareness on both sides of the border of this amazingly beautiful repertoire largely unknown. Ibis Laurel sees herself as a cultural ambassador on the San Diego/Tijuana arts landscape, working also as a professional freelance English-Spanish translator and interpreter.

Kevin Psolka-Green is a music educator currently employed as a K-5th grade general music teacher and choir director at Jerabek Elementary School in the San Diego Unified School District, where he is the 2020 MacKenzie-Haney General Music Award winner. Kevin also serves on the district’s Visual and Performing Arts Advisory Council. Before moving to San Diego in 2017, he taught elementary music and choir at several schools in the Chicago area. Kevin sang professionally in Chicago and served on the board of the Community Renewal Chorus. Kevin is currently the board secretary for the SD Master Chorale, where he also coordinates elementary outreach activities. He received his bachelor’s degree in Music Education from the Sunderman Conservatory of Music at Gettysburg College in 2013 and completed a master’s degree in Music Education from the University of South Florida in 2020, with a research focus on critical pedagogy and anti-racism. He also completed his Level 1 Orff-Schulwerk Teacher Certification and remains active in the San Diego American Orff-Schulwerk Association. 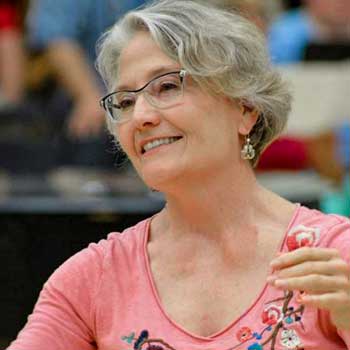 Kate Thickstun joined her first chorus at the age of nine and continued to sing throughout college. To balance her undergraduate biology major, she studied voice and sang in the university chorus. After earning her bachelor’s degree, she left biology behind and continued her operatic training in the San Francisco Bay Area, singing with the San Francisco Bach Choir, community opera and musical theater companies, and numerous churches. After returning to San Diego to attend law school, she became choir director at St. George Serbian Orthodox Church, where she has now directed for over thirty years. She has also sung with the San Diego Master Chorale, Lyric Opera San Diego, and the San Diego Opera chorus. Since 2013 she has also directed the Pacific Women’s Chorus. She is a member of Chorus America, ACDA, and NATS, and is Director of the San Diego District of the Metropolitan Opera National Council. 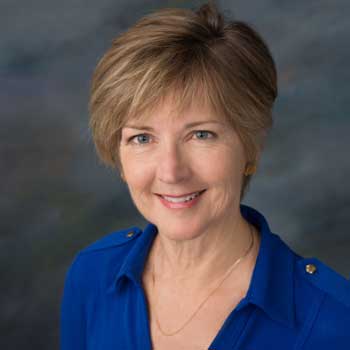 Carol Manifold is the founder of the Choral Consortium of San Diego and an experienced choral volunteer, having served as the Board President for SACRA/PROFANA professional vocal ensemble and the San Diego Master Chorale. She is a past member of the La Jolla Presbyterian Church Concert Series Committee and sings in both the La Jolla Symphony Chorus and the Pacific Women’s Chorus. She received her B.A. in Biology (Music minor) from UCSD and her Doctor of Pharmacy degree from UCSF. She is retired from a career in the biopharmaceutical industry and hospital pharmacy.